Pius Heinz opened to 4 million on the button, and Martin Staszko defended his big blind. The flop came

, and Heinz put another 4.5 million chips out there. Staszko check-raised to 10.2 million, though, and Heinz sat studying for about a minute. Then came the hammer -- all in for 54.3 million on a three-bet shove. Staszko has a habit of looking backward over his left shoulder when he's facing a big decision, and he spent some time doing just that before surrendering.

Heinz takes his fifth pot in a row, rebounding back up to 73.1 million. 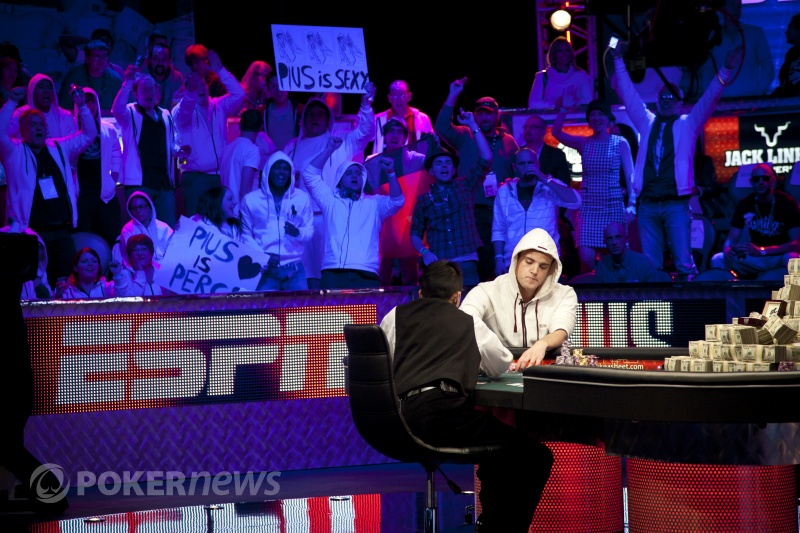