Déjà vu: William Kassouf Out With Kings to Aces

From middle position, Vladimir Troyanovskiy committed his last 11,800 in chips. WPT Lucky Hearts champion Brian Altman called from the cutoff before action was on William Kassouf in the small blind.

"I'd rather be heads up" Kassouf said at one point.

"Time!" Altman said, requesting the clock on his opponent.

"Has it been that long?" Kassouf replied. "Time? I got a decision here."

"I'm thinking is it a flat call and set a trap, or ship it like a boss!" Kassouf continued.

"I do" was all Altman said as he called to put both of them at risk.

"Oh there you go. Another set up on the feature table. We got the hearts. Any kings about? What you wanna do, the king of spades?" Kassouf said as the dealer got underway dealing a flop. "Any king will do" he added.

"Look at these pairs, this is pretty sick" Kassouf continued, "The king of spades please, merci beaucoup. King of spades on the flop would be bloody marvelous."

and Kassouf aid "Dejavu from the WSOP Main Event. Any kings about?"

on the turn prompted another line by Kassouf: "Oops, getting closer. King one time?"

on the river wasn't the card either Kassouf or Troyanovskiy was looking for and they both made their exit. Troyanovskiy silently left, Kassouf left the table with one more line:

"Good luck guys. It's been emotional" 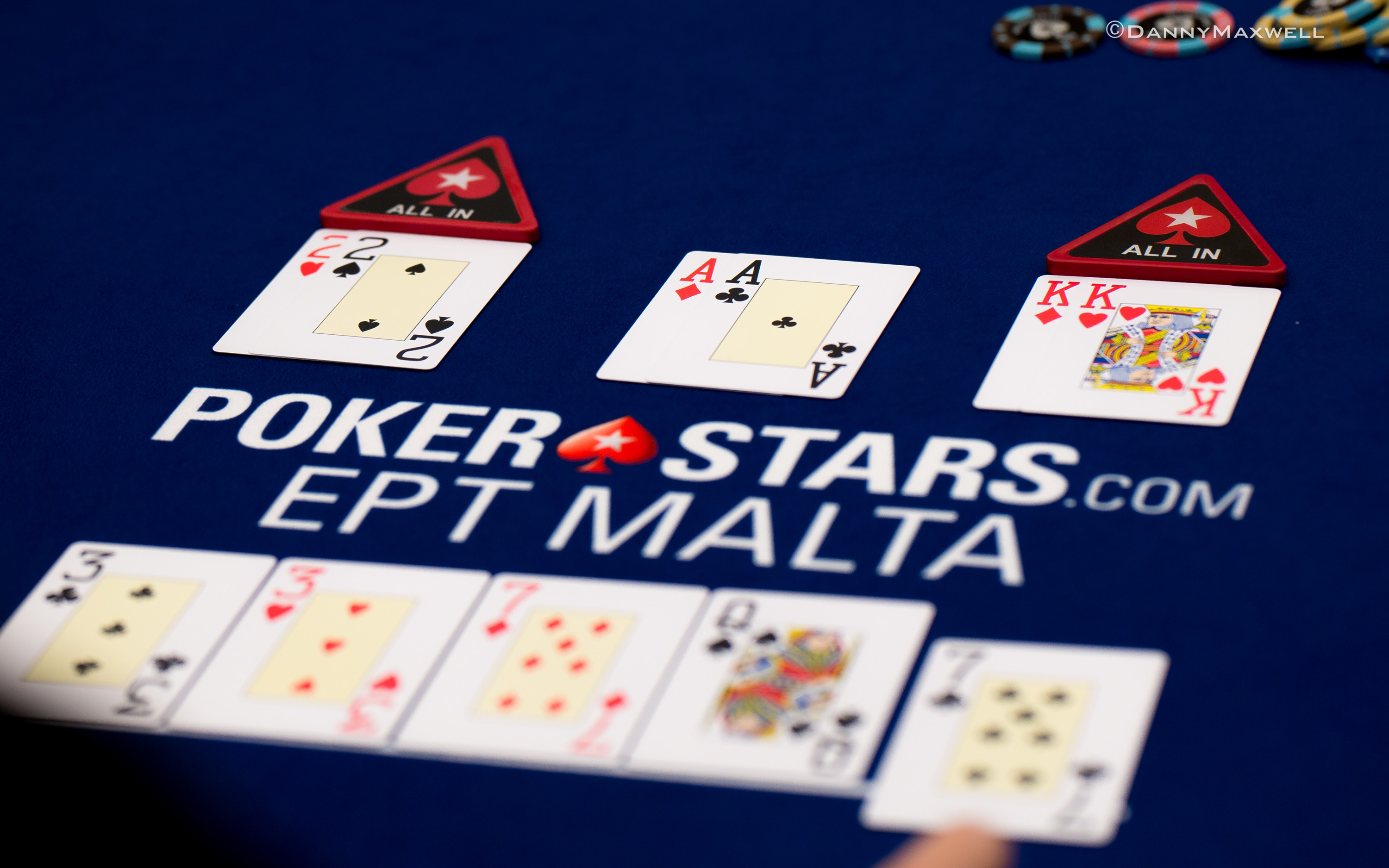